The Atlas, published in 1998, offers the first complete printed iconography of the city. Oriol Bohigas described it in these words:

“…Soley offers us what can be called a history of engravings through the successive iconographic versions of a city, everything treated with great bibliographical care……nearly half of both volumes engravings were practically unknown until now….Another merit of this Atlas is that is offers different readings …”  (Extract of the review published the 19th March 2003.)

The imposing nature of the prints highlights the intense and absolute link between the city of Barcelona and the aggressions of war and an effulgent view of the 1714 with the 11 September.

The abundant and international propagation of Rigaud’s prints turned the siege of 1714 into an idea that would become a myth and a dream, according to the historian, in political opinion.

The different historical and urbanistic studies carried out, especially around 2014, have highlighted the printed image to support and reinforce their texts while exhibiting new knowledge. With the aim of collaborating in the admirable harmony of scientific research motivated by a common cause we have tried to extend that relationship by creating an open space on our website under the tab of «communications». Here we receive comments in any language. Please send them in a pdf document to: info@atlesdebarcelona.cat

Barcelona is both our suffering and our glory. But it is also an important city and we are sure that the city, whether heaven or hell, is, above all, the decisive spot, as much or more than national parliaments, in which struggles must be promoted to save a planet that has been so war-torn and maltreated.

This has been confirmed on much greater authority by Federico Mayor Zaragoza, the former president of UNESCO and current president of the Foundation for a Culture of Peace in the letter sent to us for the openingof the Atlas Website:

«Cities are where citizens live. There is no democracy at a world, regional and national level if there is no democracy at the municipal level that directly reflects the personal democratic behaviour. Everything, at heart, depends on education, understood to be a process of «free and responsible» human beings.

We are starting a new era. From rural life to an urban one, and now progressively the digital era, which allows a relocation of Earth’s inhabitants. Finally, global awareness. Finally, expressive and participative capability. Finally, women on the podium. Finally, from subjects to full citizens.

Finally, the transition from a culture of imposition, violence and culture to one of encounters, conciliation and peace. Finally, the turning point from oppression to the word.

The Atlas by Ramón Soley appears at a very opportune moment. The first thing required is a «shift of mind set», this excellent publication will contribute to it».

The covers of the two tomes were drawn by Antoni Tàpies.

Drawn up and edited by Ramon Soley and distributed by Editorial Mediterrània. 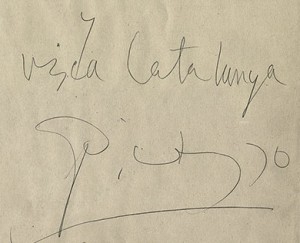